MS-Spectelecom, a licensed TETRA communications operator in Russia, was contracted to provide communications services for both the FIFA events. MS-Spectelecom awarded Hytera a contract to build new TETRA systems and upgrade the existing radio infrastructure to cover all the competition venues and surrounding areas. The contract for the implementation of the new TETRA system and IT infrastructure for both FIFA tournaments was awarded to Rostec State Corporation of Russia. The actual implementation work was carried out by its subsidiary, the National Center for Informatization (NCI). Hytera became a technology partner of NCI.

This ensured police, venue security officials and event organizers could keep track of and manage the movements of the various national football teams, and facilitate crowd control of fans traveling to and from matches. The radio system also had to be designed with enough capacity to cope with massive spikes in radio traffic on match days.

Hytera deployed a mix of 28 Hytera DIB-R5 compact and DIB-R5 advanced ACCESSNET®-T IP TETRA base stations to provide the main radio infrastructure. The DIB-R5 is Hytera's next generation base station capable of supporting TETRA Release 2 and TEDS. It supports redundant operation without a single point of failure to ensure a very high level of network availability.

Hytera also provided its IPN switching nodes, a digital voice recording system (DVRS), dispatching system (DWS) and the Hytera Network Management System (NMS). Over 4,000 Sepura SPT9000 hand portable TETRA radios were used by the organizers and their staff. After Sepura became a Hytera company in May 2017, the two companies combined into one team to ensure the client got the best possible end-to-end service available.

Talk groups at the stadiums on match days included everyone from referees to team coordinators, turnstile marshals, ticket takers, ushers and security guards. Staff ensured that all the radios were pre-configured for the correct talk groups, so users just needed to come to work and pick up a radio.

The private TETRA radio system ensured that staff stayed connected at all times and did not have to rely on risky public cellular mobile phone networks, which can be overwhelmed when so many people are concentrated in a confined area like a stadium.

The Sepura radios feature noise cancellation technology to cut out unwanted noise and provide crystal clear voice services. The radios were even used to communicate the views of the video assistant referees (VAR) to the match referee. The simplicity and ease of use of the radios also meant the army of volunteers required for the two tournaments were able to pick up the terminals and use them with minimal training.

During the 2017 Confederation Cup full TETRA coverage was provided and maintained with no blind spots reported with users able to take advantage of the full range of call types and services. 19,311 people used the system on match days and 274,285 calls were made without any transmission failures.

"Voice from Customers “Hytera has managed the challenging task to deliver a professional mobile radio network based on TETRA standard for the stadiums and facilities in the cities hosting the Confederations Cup in 2017."
——Head of Royal Papua New Guinea Constabulary (RPNGC), Office of ICT

"The Local committee for RUSSIA-2018 notes the high professional level of Hytera employees in providing technical support, coordination of work with other services in the project implementation process and recommends Hytera as a reliable partner in conducting events of the international level."
——2018 FIFA World Cup Russia Local Organizing Committee 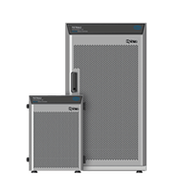