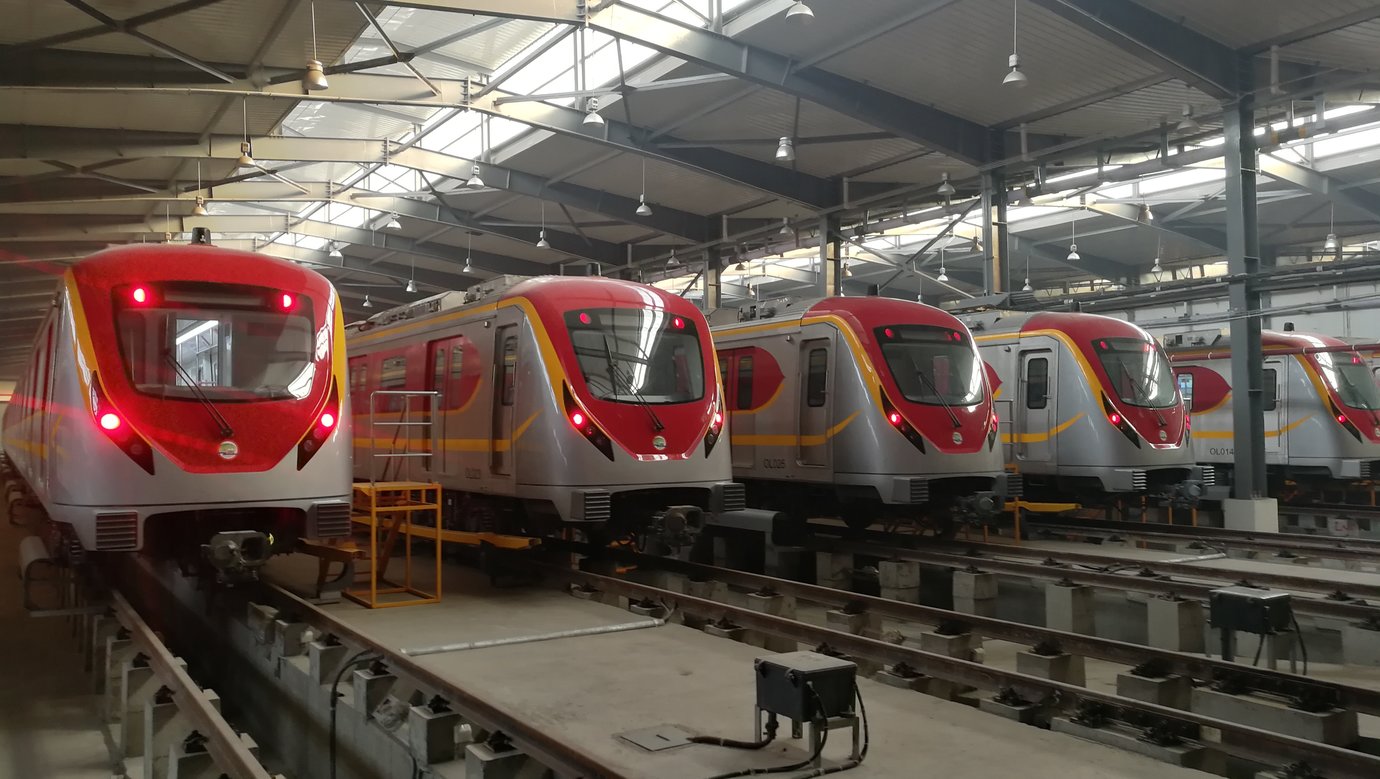 Lahore Orange Line automated rapid transit system is located in the city of Lahore in the Punjab province of Pakistan. It is the first railway project to be built under the China-Pakistan Economic Corridor (CPEC) initiative and is being financed by the Government of Punjab and the Government of China. The project is overseen by the Punjab Mass Transit Authority (PMTA). Lahore Orange Line is the first of the three proposed rail lines designed to make up the Lahore Metro. The line extends for 27.1 km in total with 25.4 km of the line running on elevated sections and the remaining 1.72 km underground. There are 26 stations. This Metro line is expected to initially handle 250,000 passengers a day, rising to 500,000 passengers a day within three years. The main contractor for the project is CR-NORINCO, a joint venture between China State Railway Group (CR) and China North Industries Corporation (NORINCO).

Lahore Orange Line is designed to enhance Pakistan’s economic development, help maintain social stability, and meet the travel needs of a large and populous city. Smooth and successful operation of the line is therefore very important.
One of the key elements in ensuring the Orange Line does run successfully is the implementation of a dedicated modern communication system capable of integrating communications between train drivers, train stations and the ground service team.
A further requirement of the system is the integration of status and location data of the trains from automatic vehicle location system (AVLS) and geographic information system (GIS) applications.
The maximum speed of the five-car trains is 80 km/h (50 mph) per hour, so the communication system needs to be able to handle the fast hand-off from one base station to the next and be able to cope with the train vibration and harsh operating environment.

Hytera was chosen by CRSC to supply a TETRA two-way radio system for the operation of Metro Line.

TETRA technology is widely adopted in metro rail systems for its reliability, resilience and security, as well as the ability to support a wide range of applications and features. The system provides mission critical voice communication between train driver, dispatch center and station manager, train driver can also use the radio for Public Address if any emergency occurs.

Hytera has extensive experience in implementing communication system for Metro projects in the transportation sector around the world. Seamless coverage was implemented along the 27.1 km of track for Lahore Orange Line above the ground and underground (including within complex buildings and basement areas) by installing 11 TETRA base stations. The TETRA solution allows the metro line staff to stay connected in any situation within the coverage area of the radio networks.

The TETRA solution implemented by Hytera ensures the efficiency and reliability of daily operations, which depend on having an always available, highly resilient radio communication system.

The radios also support numerous personal safety functions to help protect the user including an emergency button, lone worker and man-down alarms. The PT580 Plus has a display window and full keypad and location services provided by a completely integrated GPS/GLONASS/Beidou receiver.

As of July 2020, the mechanical and technical trials for the trains have been successfully conducted. The PMTA has now handed over the project to the operator, which is a consortium consisting of Guangzhou Metro Group, Norinco International and Daewoo Pakistan Express Bus Service. The consortium will operate and maintain the Orange Line for a period of eight years.